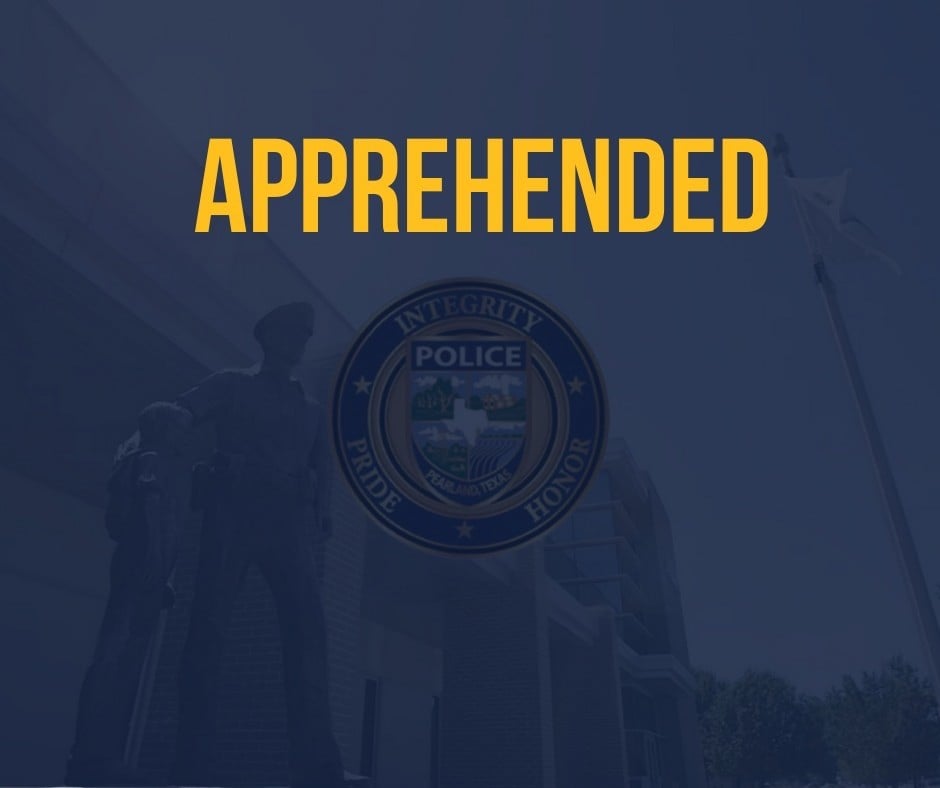 On December 9, 2022 at 2:48PM, a male removed packages from the front porch of a residence located in the 1500 block of Brook Hollow Drive in Pearland. These packages contained dog food and a party game, valued at approximately $100. The victim's front door camera system captured the theft occurring, images of the suspect vehicle and the suspect's license plate. The license plate was entered into the FLOCK System, which monitors traffic within the city of Pearland for wanted vehicles. A few days later, the suspect vehicle immediately triggered the FLOCK system upon entering the city, and Pearland Dispatch alerted officers of the traveling location of the vehicle. A traffic stop was conducted, and the driver and vehicle were determined to match the description of the male suspect in the package theft. A warrant was obtained for Raul Ignacio Ros, 36YOA, for the charge of Mail Theft - Misdemeanor A and Raul Ros turned himself in on Sunday, January 15th to the Pearland Police Department. His bond was set at $2,500 and Ros is currently in the Brazoria County Jail.PEARLAND PD CASE# 22-011993
Reply
* Reactions disabled on political threads.
What are your thoughts? Log in or sign up to comment Log in » Sign up »
Replies:

@TownHubAdmin: way to go PPD! People should know that there are cameras everywhere these days!
Reply
* Reactions disabled on political threads.

So glad he was apprehended and right now in jail. People have to learn there are eyes watching.
Reply
* Reactions disabled on political threads.

Wow, that is awesome! All for some dog food and a game!
Reply
* Reactions disabled on political threads.
Post a comment »
** Would you be interested in keeping up to date with news & events going on in the Pearland area? Consider supporting an alternative social media platform for Pearland by creating an account today! (it's fast, easy, privacy focused, and free!)