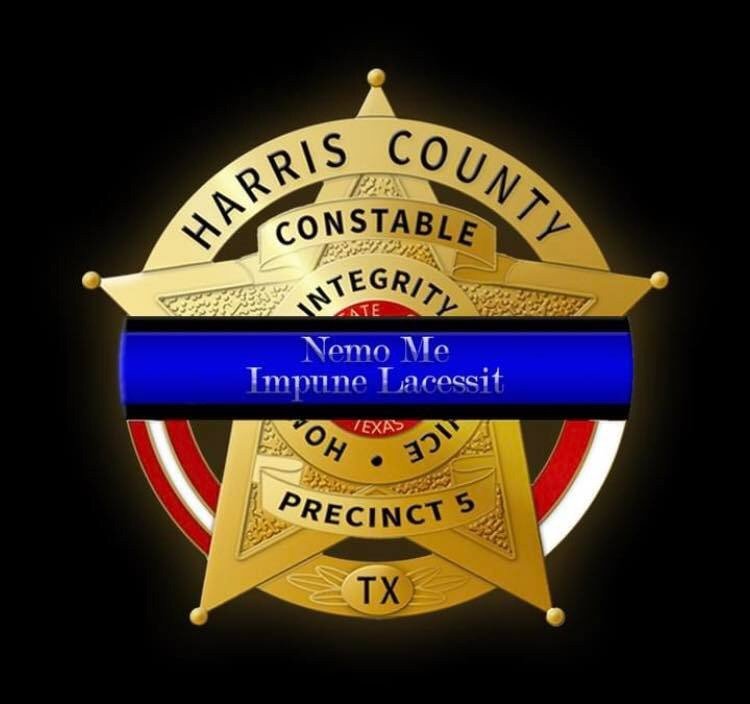 The Pearland Police Departments’ hearts are with the Harris County Precinct 5 Constable’s Office and the family of their fallen deputy, Corporal Charles Galloway, who was shot and killed in the line of duty yesterday morning.The Pearland Police Department grieves with them and ask that you join them in keeping his family and fellow deputies in your thoughts and prayers as they mourn this tragic loss.Constable Ted Heap and their entire Precinct 5 family mourn the loss of Corporal Charles Galloway, who was shot and killed yesterday morning in Southwest Houston.At approximately 12:45 a.m., Corporal Galloway was attempting to make a traffic stop in the 9100 block of Beechnut. The driver exited the vehicle and fired repeatedly at Corporal Galloway's patrol car. Deputy Galloway was struck multiple times and died on the scene."Corporal Galloway did not have an opportunity to defend himself in this brutal attack," said Constable Heap. "We cannot have people like this on our streets. I do not want to raise my family, my grandchildren, in a county where this type of crime is running rampant."The suspect is described as a young Hispanic male. He is driving a newer-model, white Toyota Avalon. Corporal Galloway joined their Precinct 5 family in 2009, serving the residents of Harris County for more than 12 years, most recently in the Toll Road Division, where he served as a Field Training Officer. He was 47 years old."Corporal Galloway was very much loved by the men and women he served with," said Constable Heap. "There's a lot of broken up officers who he meant a lot to in their lives."The Houston Police Department is handling the investigation into Corporal Galloway's shooting. Funeral services are pending.
Reply
* Reactions disabled on political threads.
What are your thoughts? Log in or sign up to comment Log in » Sign up »
Replies:
No replies yet
This discussion has been locked.
« Back to Main Page
Views: 326
* This page is available in the TownHub app. *
Open In App Get App Dismiss