Shooting suspect surrenders peacefully after barricading self in

Shooting suspect surrenders peacefully after barricading self in 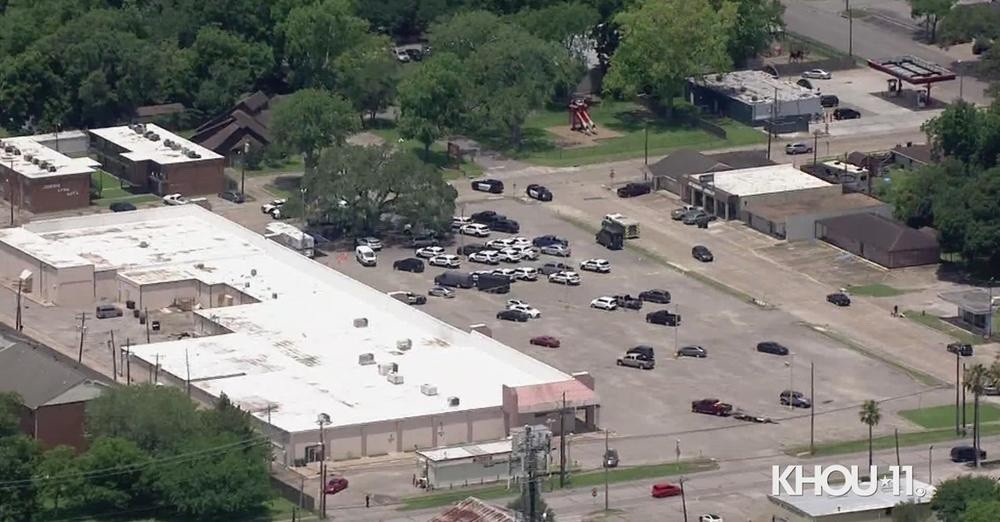 Dozens of police cruisers and a mobile command post converged on a shopping center in Alvin across the street from an apartment complex, but authorities aren't saying why.Shooting suspect surrenders peacefully after barricading self in Alvin, Texas, police sayALVIN, Texas - Dozens of police officers and tactical team members converged on an Alvin apartment complex Thursday after a barricaded person was reported there.The suspect has since surrendered peacefully, according to police.It happened in the 400 block of West Dumble Street near West Coombs Street.A man walked into the Alvin Police Department lobby just before 9 a.m. with a gunshot wound, according to a statement from Alvin police.The man was taken to a nearby hospital, but there was no word on their condition.It wasn't clear how the barricaded suspect, who was later identified by police as 32-year-old Jaime Cantu, was related to the shooting victim.A nearby shopping center parking lot was taped off as dozens of police cruisers were parked and a mobile command post was set up.A worker who answered the phone at a nearby business told KHOU 11 News that police officers began rushing into the parking lot, but nobody had told them why there was a massive presence of officers or why the parking lot was blocked off.Several streets in the area were also closed as the incident continued.According to police, Cantu has been charged with aggravated assault with a deadly weapon.www.khou.com/article /news/local/massive- police-operation-und erway-in-alvin/
Reply
* Reactions disabled on political threads.
What are your thoughts? Log in or sign up to comment Log in » Sign up »
Replies:

I once worked in a biz just outside The Loop on Richmond by one block, at the front, with waist to ceiling windows. One day two guys walked in, and asked me for directions to the bathrooms. I pointed them on their way, off they went, then they walked back out. I sort of watched them walk out from my vantage behind my desk at the front, and they both hit the ground. I glanced out the window, and there were officers in at least 3 different uniforms, guns drawn and pointed in my general directions, running towards these guys. At least 8 or 9 of them. Yup, I dropped too, got on my mic, and told everyone to get down.
I never did find out what happened, it was never in the news, but I heard rumors of a stolen car, an armed robbery and I know they found a gun hidden in the men's room trash.
A few months later, I started working at the liquor store next door, and seriously felt safer.
Reply
* Reactions disabled on political threads.

@Blackbird : You felt safer working in a liquor store? I thought those got robbed all the time? Unless it was a big one like Spec's.
Reply
* Reactions disabled on political threads.

@MalluGuy : Less windows, I wasn't directly in front of said windows and cameras that had better pics than my tv at home.
Reply
* Reactions disabled on political threads.

My hubby's job years ago there was a robbery. They put a gun to his head and wanted the money in the store. He was doing the deposit and yes he gave it right to them. The police did catch him about a month later.
Reply
* Reactions disabled on political threads.
Post a comment »
** Would you be interested in keeping up to date with news & events going on in the Pearland area? Consider supporting an alternative social media platform for Pearland by creating an account today! (it's fast, easy, privacy focused, and free!)