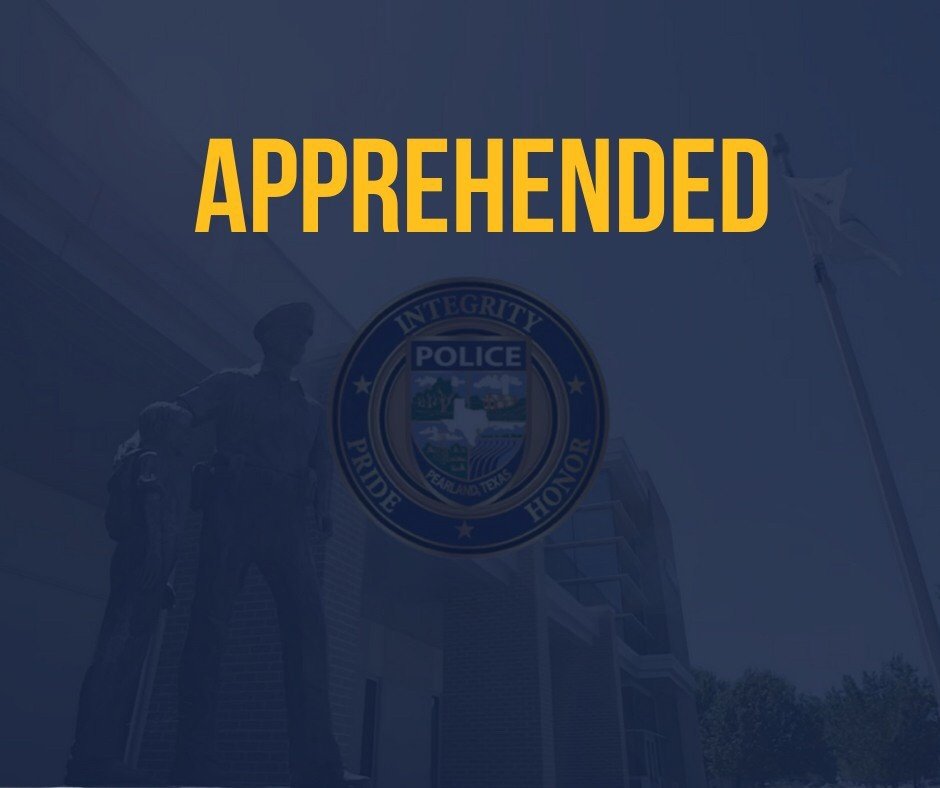 UPDATE from the Pearland Police Department: The driver of a white Lexus GS 460 SUV, that caused the death of a pedi-cyclist in Pearland on Sunday, April 17, 2022, has been identified as Roxie Denise Lane (DOB 07-11-64). Ms. Lane has been arrested on the charge of Duties Following Accident - Accident Involving Death to a Person, a 2nd degree felony, and received a $125,000 bond. The public's assistance in this case is greatly appreciated.The Pearland Police Department investigated this hit and run accident that resulted in the death of a 56YOA male bicyclist. The accident occurred Sunday, April 17, 2022, at approximately 9:35PM, in the 10000 block of Broadway FM 518, here in Pearland. The only identifying information provided by witnesses was that the vehicle was a gray or silver in color SUV, of an unknown make/model. The vehicle was last seen traveling eastbound from the scene of the accident, towards Cullen Pkwy with likely front end damage. The Pearland Police Department asked anyone with further information to please contact Detective Page @ (281) 997-4202, or [email protected]
Reply
* Reactions disabled on political threads.
What are your thoughts? Log in or sign up to comment Log in » Sign up »
Replies:
No replies yet
Post a comment »