The City of Pearland's Parks & Recreation Department has a new p

The City of Pearland's Parks & Recreation Department has a new p 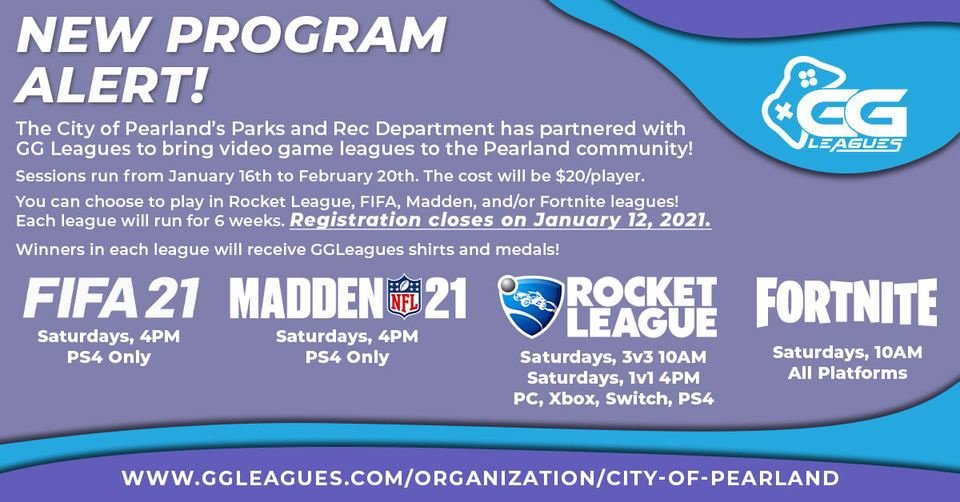 The City of Pearland's Parks & Recreation Department has partnered up with online tournament site GG Leagues to bring video game tournaments to the Pearland community! Cost per person will be $20, per tournament entered into. Sign ups close on January 12th, 2021, and leagues will start on January 16th running until February 20th.From Rocket League and FIFA21 to Madden21 and Fortnite, come join your fellow Pearland residents and visitors in some exciting online gaming tournaments to see who comes out the champion. Winners will receive prizes including GG Leagues medals and shirts!For more information and to sign up, head to: app.ggleagues.com/or ganization/city-of-p earland
Reply
* Reactions disabled on political threads.
What are your thoughts? Log in or sign up to comment Log in » Sign up »
Post a comment »