A Spicy New Spot for Asian-Influenced Seafood Hits Pearland Next

A Spicy New Spot for Asian-Influenced Seafood Hits Pearland Next 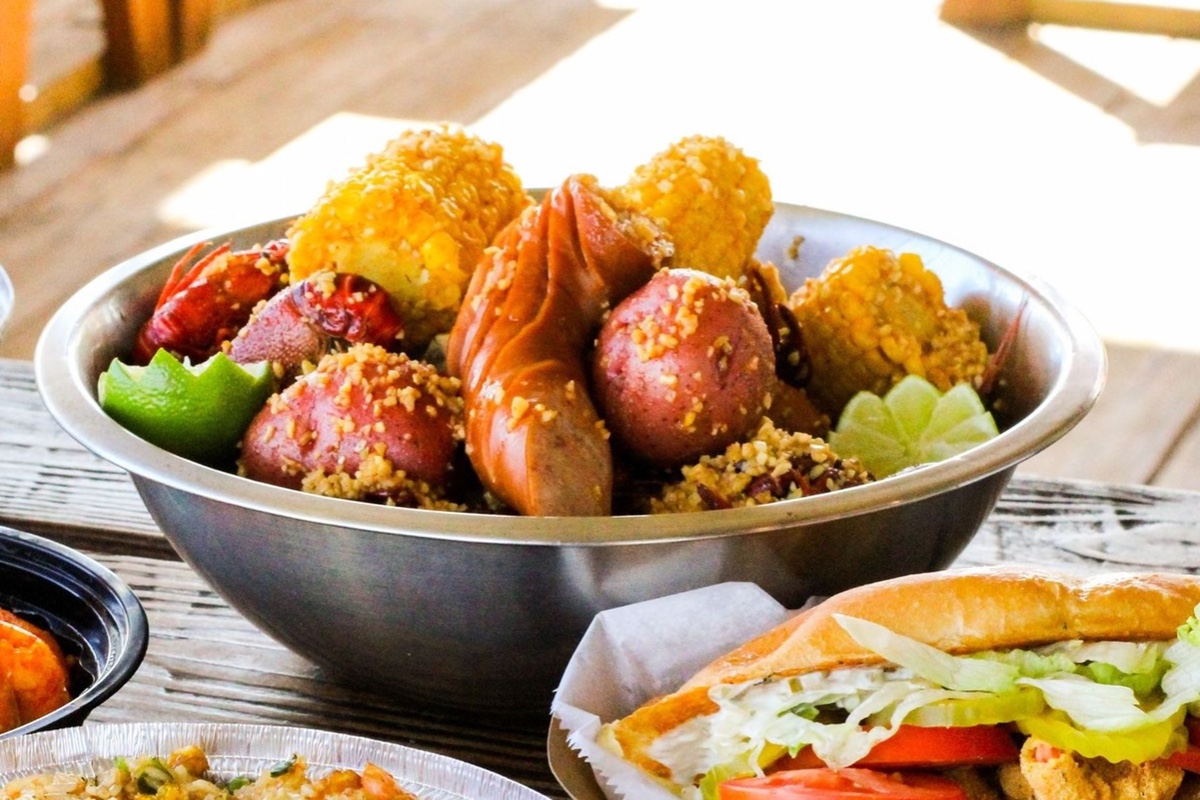 After spending time in the kitchens of acclaimed restaurants like Uchi, The Fish, Bovine & Barley, and Rose Gold, Houston chef Harold Wong has a spicy new destination for Asian-influenced seafood dishes in the works for Pearland.Called Boiling Dragon, the restaurant is set to make its debut at 11625 West Broadway Boulevard, Suite 135, in Pearland next month. The restaurant was originally expected to open earlier, but the coronavirus pandemic pushed back its debut as the city permitting departments and contractors were, as Wong told Eater, in "slow motion." This will be Wong's second new restaurant to open in the past year, joining his Japanese restaurant Ginza.The coronavirus pandemic also meant that Wong had to adjust the menu and service style for the restaurant, which will serve spicy seafood boils, chicken wings, and bao in a fast-casual format. "When this all blows over, it will be a sit-down restaurant," Wong says. "Right now, the menu will be limited." When the restaurant fully opens in August, expect dishes like stir-fried crabs and mussels, po' boys, and more.Boiling Dragon is still awaiting some finishing touches and final inspection, but Wong plans to open the doors on June 1. When it opens, the restaurant will serve dinner on Monday from 5 p.m. to 9 p.m., lunch and dinner Tuesday through Thursday from noon to 9 p.m., Friday and Saturday from noon to 10 p.m., and Sunday from noon to 9 p.m.houston.eater.com/20 20/5/26/21270182/boi ling-dragon-asian-se afood-restauran
Reply
* Reactions disabled on political threads.
What are your thoughts? Log in or sign up to comment Log in » Sign up »

@Mars00 : Yes, let's hope so in these difficult times. 🙏
Reply
* Reactions disabled on political threads.
This discussion has been locked.
« Back to Main Page
Views: 821