Pearland High School's Marching Band was selected to participate in the 131st Tournament of Roses Parade to be held in Pasadena, California on New Year's Day in 2020. 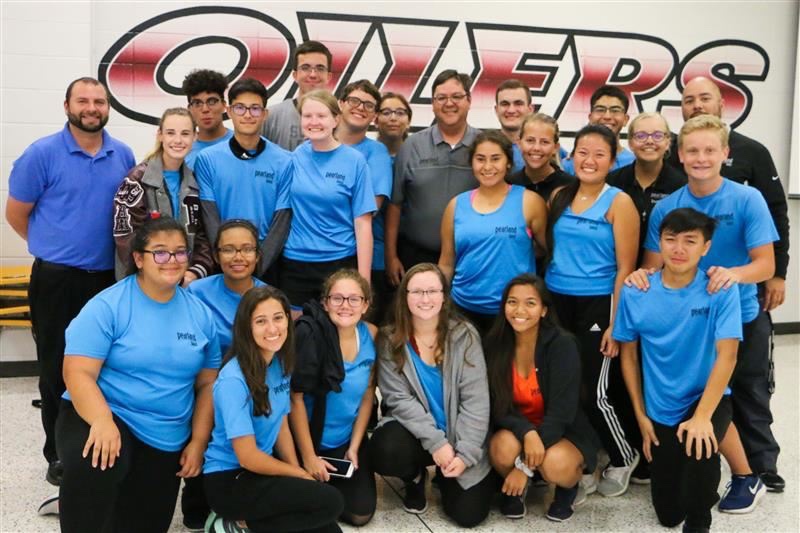 via www.pearlandisd.orgPHS's "Pride of Pearland" Marching Band was chosen along with 19 other bands from across the globe. The selection process included a variety of criteria included musicianship, marching ability, uniqueness, entertainment value or special interest.The good news came with a phone call in early October from two members of the selection committee to Pearland High School Band Director Joseph Munoz."Being selected to participate in the Tournament of Roses Parade is considered a national honor. This is a major accomplishment for the band program," Munoz said. "We are excited that our students will be showcased to a national audience and seen all over the world. We are also honored to represent Pearland ISD, the city of Pearland and the greater Houston area in the 2020 Tournament of Roses Parade."The application process required detailed information about the band and its accomplishments, pictures in uniform, a letter from school's principal and from a respected music professional, along with a comprehensive video with the band's history and excerpts showcasing the students marching in parade formation."For the band staff, the most exciting part is to see our students recognized for their hard work and dedication. This is a once in a lifetime experience for our students and staff," Munoz said.PHS's Marching Band will be preparing their performance according to the 2020 parade theme 'The Melody of Life'."We will select music that works with the theme of the parade and we will also be playing 'Deep in the Heart of Texas', if allowed to alternate," Munoz said. "We anticipate having a piece arranged just for the parade; we'll run our regular marching band production and spend some time working on parade techniques all fall. After our contest season, we'll have rehearsals exclusively preparing for the parade."In order to offset the cost for students to participate in the 131st Tournament of Roses® Parade in California, the band's booster club will coordinate fundraising activities.
Reply
* Reactions disabled on political threads.
What are your thoughts? Log in or sign up to comment Log in » Sign up »

@PearlandDotCom : Spoke with my cousin who lives in LA earlier today, he was so impressed. He couldn't find the words to express what a great honor it is to be chosen. GREAT JOB PHS BAND. CONGRATS!!!
Reply
* Reactions disabled on political threads.

@PearlandDotCom : This is really a great thing for the high school, the band and the community.
Reply
* Reactions disabled on political threads.

This is really cool for the school! They're practicing really hard.
Reply
* Reactions disabled on political threads.

What happened to Brady?
Reply
* Reactions disabled on political threads.

Expect to see a ton of fundraising. Going to these things are expensive. Our kiddo danced at halftime of the Cotton Bowl and that cost us a couple grand just for her. Every team member had to raise or pay that to go.
Reply
* Reactions disabled on political threads.
This discussion has been locked.
« Back to Main Page
Views: 573