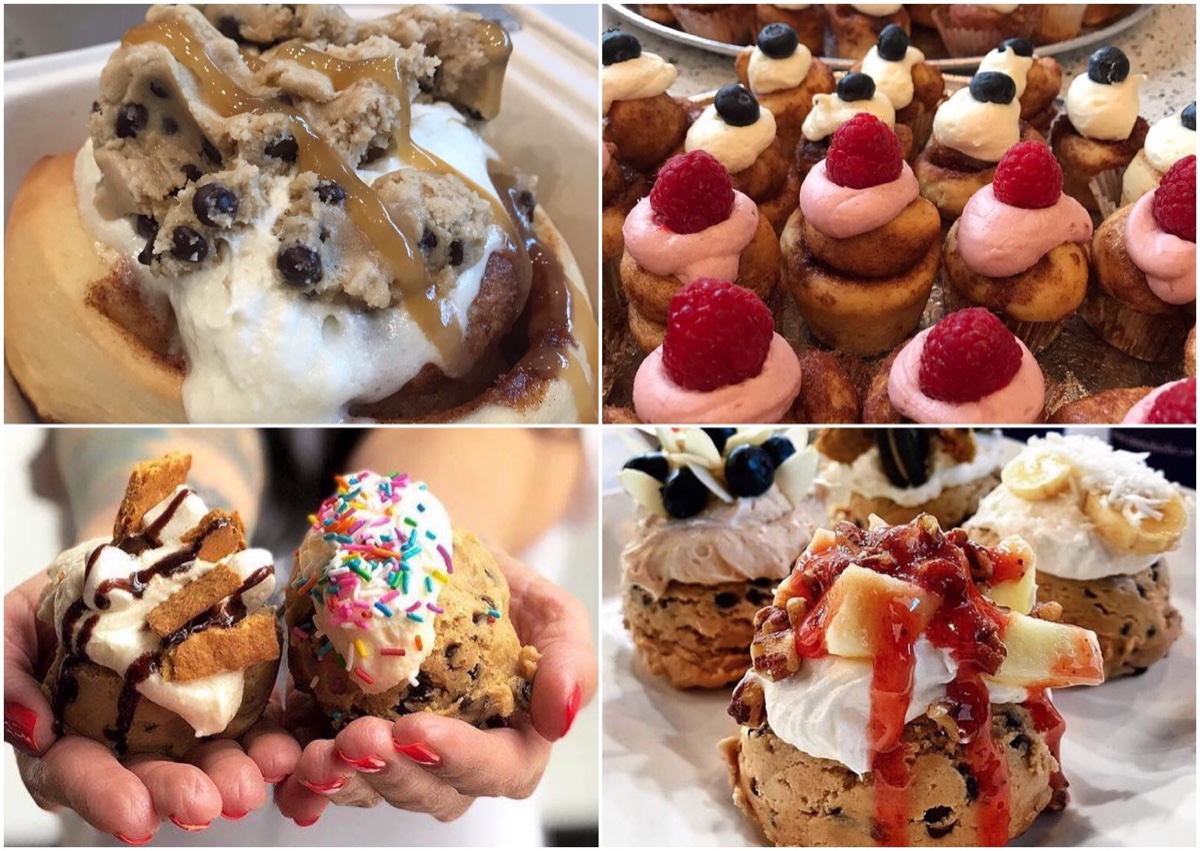 www.cinnaholic.comThe Pearland bakery is the fifth Cinnaholic location in Texas. In a special grand opening deal, the bakery will be offering cinnamon rolls for only $1 from 9 a.m. to 1 p.m. on opening day. The grand opening signifies meaningful and continued growth for the gourmet cinnamon roll chain. The new Pearland location joins current locations in California, Tennessee, Georgia, North Carolina, Idaho, Utah, Nevada, Maryland, Washington, Florida and Canada. Cinnaholic gained national attention after the company was featured on ABC's hit show "Shark Tank." The fast-growing brand was recently featured on Entrepreneur magazine's Franchise 500® list. Cinnaholic began franchising in 2014 and currently has over 150 units in development, including Phoenix, Chicago and Orange County."There is a tremendous amount of excitement to serve our award-winning cinnamon rolls to the people of Pearland," said Rohan Patel, the owner of the new Cinnaholic location in Pearland. "I'm so excited to bring such a delicious and allergy-friendly dessert to my community," added Patel, who is opening the bakery with his business partner and brother-in-law, Vishal Patel, as well as his sister Komal and wife Alpa. The Cinnaholic concept hit home for the Patel's since they have family members with food allergies and vegan lifestyles. When the chance to go into business with the brand came around, they jumped at the opportunity to open a location in Pearland and plan to open additional Cinnaholic bakeries in the Houston Metro area. A cinnamon roll experience unlike any other, customers can choose from a variety of Cinnaholic's signature frosting flavors and toppings to create their very own, mouthwatering cinnamon roll experience. Customers can expect nothing less than the highest quality ingredients, as the plant-based bakery franchise was founded upon a commitment that all ingredients must be animal-free and free of dairy, lactose, eggs and cholesterol."The Patel's are the perfect team to grow the Cinnaholic brand in Pearland," said Shannon Radke, co-founder of Cinnaholic. "Their commitment to the community is outstanding, and they truly understand the Cinnaholic concept and business model." For more info on Cinnaholic, visit www.facebook.com/Cin naholic.Pearland or call at 281-272-5006.
Reply
* Reactions disabled on political threads.
What are your thoughts? Log in or sign up to comment Log in » Sign up »
Replies:

just wish i can make them as well
Reply
* Reactions disabled on political threads.

@Dorothy : @PearlandDotCom : They look definitely delicious 😋 maybe I stop at the location soon. Hopefully I will not gain any extra weight 😊
Reply
* Reactions disabled on political threads.

Cool that they picked this area for first in the Htown market.
Reply
* Reactions disabled on political threads.

Is that cookie dough in the picture?! I will be there!!!
Reply
* Reactions disabled on political threads.

A diabetic coma waiting to happen:-( They sure look good, best of luck to the business!
Reply
* Reactions disabled on political threads.
This discussion has been locked.
« Back to Main Page
Views: 1,347
* This page is available in the TownHub app. *
Open In App Get App Dismiss